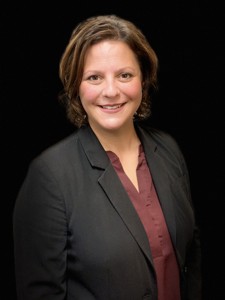 Elycia D. Solimene is the founding managing partner at Solimene & Secondo, LLP. Her practice areas include the defense of workers’ compensation claims as well as general liability claims including premises liability and liquor liability. She has handled countless formal hearings and jury trials in the Connecticut State and Federal Courts. Attorney Solimene has also argued before the Connecticut Supreme Court, Appellate Court and Compensation Review Board.

Attorney Solimene prides herself on her communication skills and enjoys working with her employers, claims administrators and staff to provide her clients with the best possible results on her files. She is an aggressive litigator. She specializes in high exposure and complex claims for her clients. She has a great affinity for the art of cross-examination of witnesses. She prides herself on being able to obtain the best possible results, whether it be placing the client in a position for the best possible settlement or obtaining a favorable finding at trial.

Attorney Solimene was born in Utica, New York. She was admitted to the Connecticut Bar in 2003, the New York Bar in 2004 and the United States District Court of Connecticut, the Southern District of New York and the Mohegan Tribal Gaming Disputes Court in 2005. She graduated from Ithaca College with a Bachelor of Arts in Political Science in 2000 and Quinnipiac University School of Law in 2003.

Attorney Solimene was appointed to the Connecticut Bar Associations Workers’ Compensation Section, Executive Committee in 2016, 2017 and 2018. In 2012, she was nominated as a young leader in the law by the Connecticut Law Tribune. She has also been nominated every year for the last 10 years as a Connecticut Super Lawyer (2010-2020).